At least 32,000 residents throughout Rhode Island and Bristol County are currently without power.

National Grid indicated that many in the state will be without power until late into the evening. Some residents in Bristol may not have power until Saturday afternoon.

For the latest updates, ABC 6 viewers are encouraged to consult the National Grid Outage Map which can be found here. 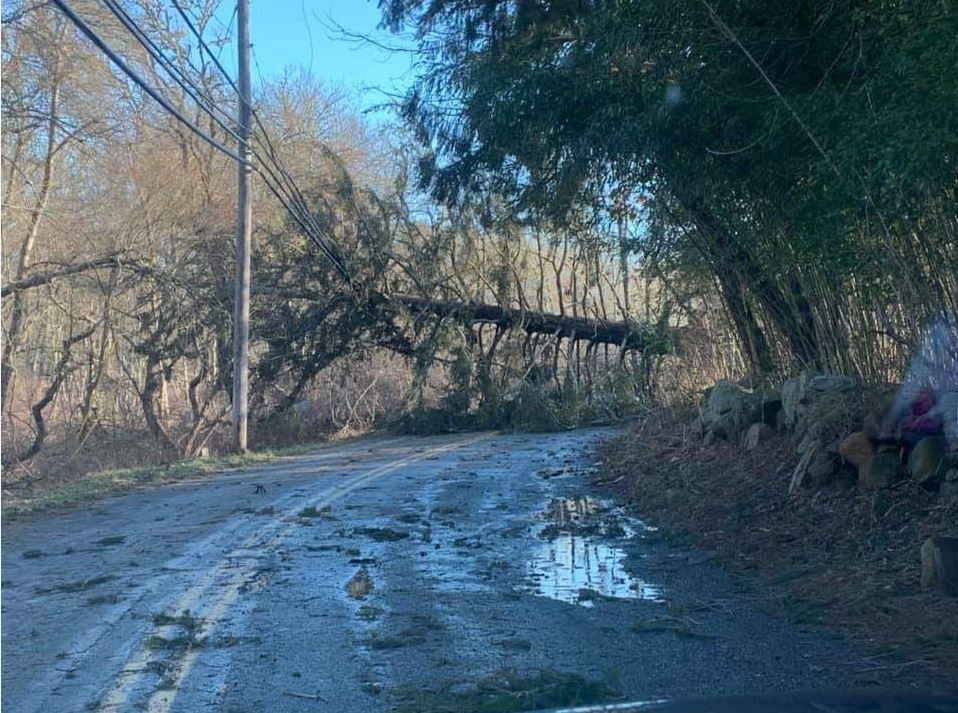 Trees have blocked roads at multiple locations in South Kingstown, while downed power lines in Lincoln have lead to all classes being cancelled at the CCRI campus for the evening.

At Beavertail State Park in Jamestown, winds were so powerful they damaged the roof of the season aquarium.

Winds are expected to subside after 10 p.m., as temperatures will slide overnight.