2 charged in fentanyl death of toddler plead not guilty

PAWTUCKET, R.I. (WLNE) — Two people charged in connection to the fentanyl death of a toddler in Pawtucket pleaded not guilty in court on Wednesday.

The mother of the two-year-old, Jessaline Andrade, 27, was charged with with one count of second-degree murder and two counts of cruelty or neglect of a child. 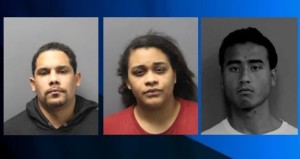 oth Stephano Castro, 31, and Yara Chum, 34, were charged with one count of murder. Chum was not arraigned on Wednesday, his date is set for Oct. 5th.

On Dec. 10th, Pawtucket police responded to a home on Sayles Avenue for an unresponsive two-year-old.

Officers found an apartment that was in terrible condition and without furniture. They also discovered equipment that’s commonly used in drug distribution. 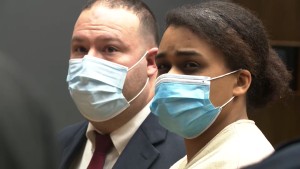 The two-year-old was pronounced dead at the hospital caused by acute fentanyl intoxication. An 8-year-old boy was also found to have been exposed to fentanyl but survived.

Castro is being held without bail while Andrade is out on bail. Both are set to appear for their pre-trial on November 21st.