The driver of one of the SUVs, identified as a 66-year-old woman, was taken to Rhode Island Hospital. She later died from her injuries. 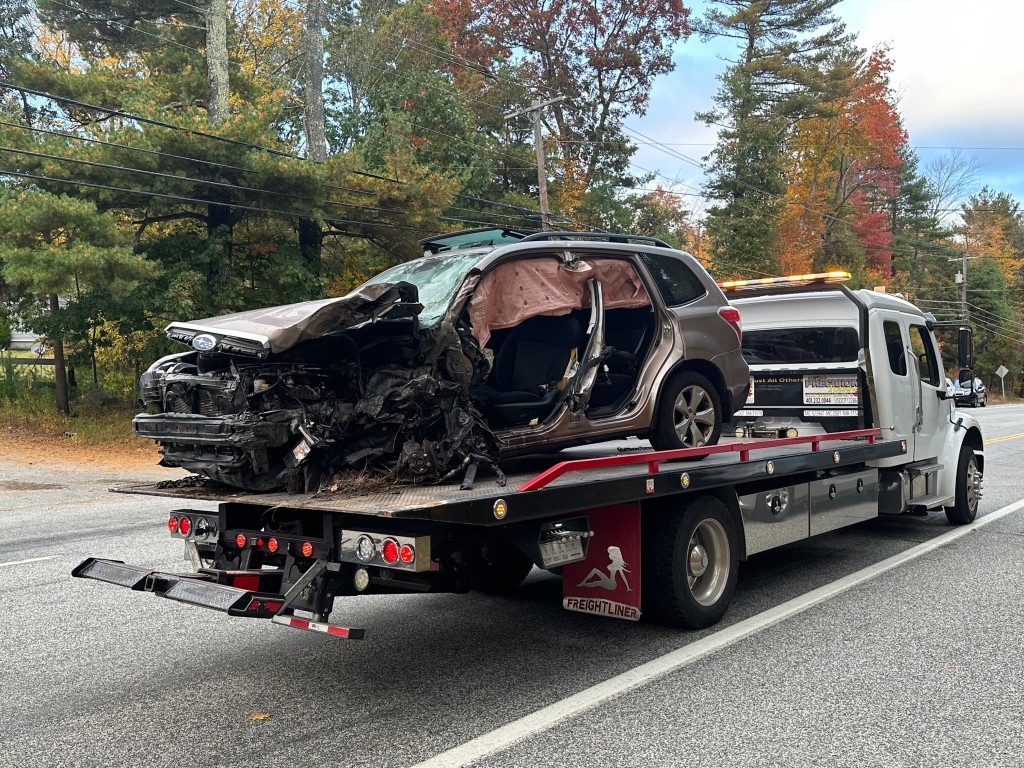 An SUV is seen totaled after a multi-vehicle crash on Putnam Pike in Glocester, Friday, Oct. 14, 2022. (WLNE)

The driver of the other SUV, a 38-year-old woman, of Putnam, Connecticut, was evaluated at the scene.

The driver of the dump truck, a 55-year-old man, of North Providence, was also checked at the scene. 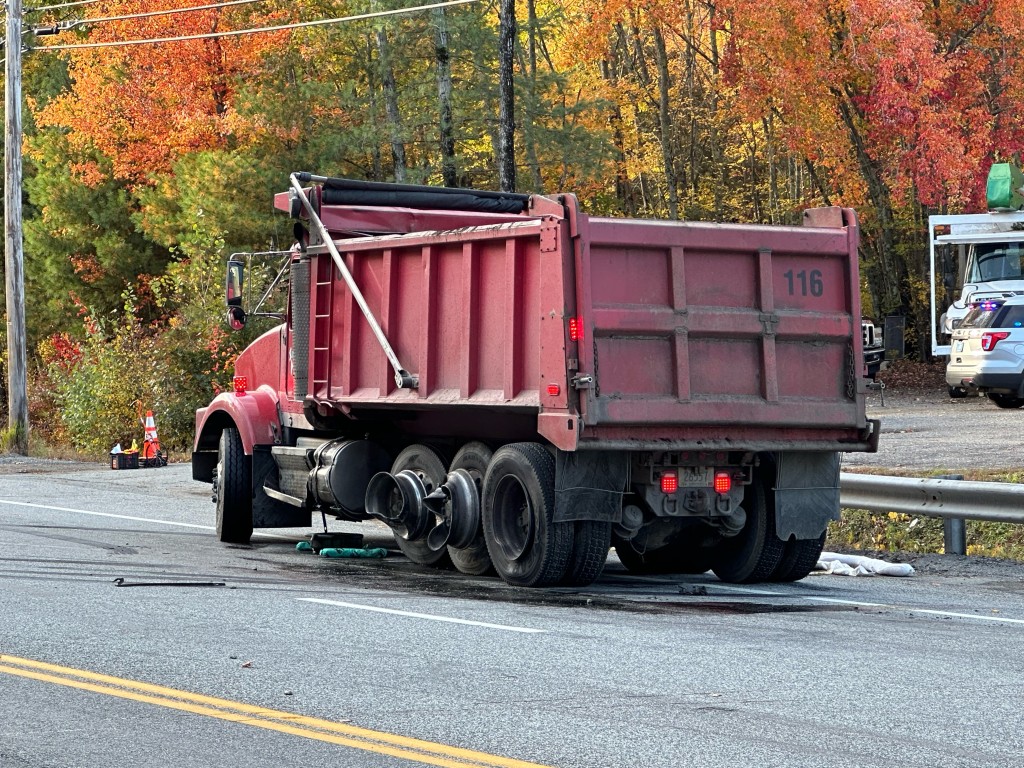 Some of the tires of a dump truck are seen damaged after a crash in Putnam Pike in Glocester, Friday, Oct. 14, 2022. (WLNE)

Ted Bibeault, who witnessed the crash and jumped into action, described the moment as shocking.

“Fifty times the normal bang of a trash can, that’s what is sounded like,” said Bibeault. “The screeching noise. The truck was sliding sideways. The dust looked like a tornado came through.”

Car crashes into CVS in Glocester